Scott Farrell is our senior pastor and began his ministry at Calvary in 2003. He ministered for nearly 10 years in Parkersburg, West Virginia before moving to Michigan. He holds degrees from Clarks Summit University (B.S.) and Baptist Bible Seminary (M. Div.) in Clarks Summit, Pennsylvania.

Being originally from the Buffalo, New York area, he still roots for the Bills and Sabres and also enjoys reading, running, and working on his 1975 Volkswagen. 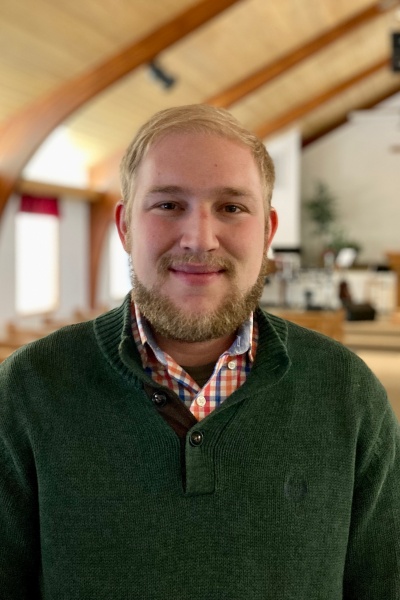 Curtis Rider serves as the Associate Pastor of Student Ministries. Graduating from Moody Bible Institute (B.A.) and Moody Theological Seminary (M.A.), and serving as the youth director at Judson Baptist Church during his time as a student prepared him to join the team at Calvary in 2019.

Curtis grew up in Warsaw, Indiana and loves sports, fishing, hunting, and winding down the day with a glass of whole milk. Together, Curtis and Anneliese (married in 2016) enjoy doing just about anything, such as playing games, eating ice cream, and people watching.

“It is a privilege to serve in a church that loves teenagers and wants them to grow in their love for the Lord,” Curtis says. “My prayer is that God will use me to disciple these teens to seek God and His Word before anything else.”